The Chinese economy — much like the daily life in many regions in China — can be characterized by one word: Change. Fast-paced, constant change. It’s been going for decades. The first generation of today’s biggest entrepreneurs started in the 70ies. They excelled in adapting their business to a growing demand. The responders. The next generation of entrepreneurs were driven by the opportunities the internet and e-commerce brought. We are talking about the BAT: Baidu, Alibaba, Tencent. The Internet leaders. What is there left to do as a startup when faced with a market that is driven by a few seemingly omnipotent players? The answer is disruption. The 3rd generation of Chinese entrepreneurs have emerged over the last 5–8 years. The Change Makers. 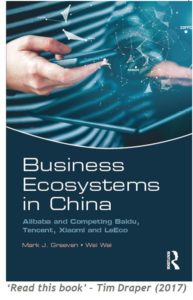